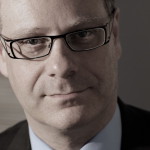 Balázs is the founding partner of Lendvai and Partners Law Office. Practicing corporate law for 20 years, he is a well known practitioner in M&A
and real estate transactions. Balázs advised clients in a number of high profile transactions, including domestic as well as cross-border acquisitions, real estate transactions, involving lease backs and built to suite. He has an in-depth knowledge of television production agreements. He represented clients
in litigations covering a wide range of law, including software, promissory notes, construction licenses, ownership and lease affairs, mandate and contractors’ agreements.

Balázs graduated from ELTE Faculty of Law in 1994 and was admitted to the Budapest bar  in 1997. In addition to his native Hungarian, Balázs speaks English and French.