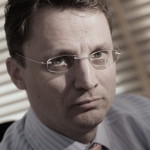 Benedek is the founder of Sipőcz Law Office. Benedek is known as a specialist in energy law, M&A and corporate law. He has been involved in high profile energy related and M&A transactions. Before joining Lendvai and Partners Associated Attorneys in 2013, Benedek worked as legal advisor at prestigious law firms and held in-house positions. He was in-house counsel at Budapest Bank Rt (member of GE Money Bank) from 1997 until1998. Between 1998 and 2004, he worked as an associate at Dewey Ballantine Budapest. From 2005, he worked as senior associate at Baker & McKenzie Budapest. From 2006 until 2012, Benedek was the general counsel and responsible for legal and regulatory affairs, at the AES subsidiaries in Hungary (including AES Tisza Erőmű Kft). He also filled the position of AES Tisza’s commercial director in 2010.

Benedek’s professional expertise covers energy, M&A, corporate and finance. He gained experience
on retail and corporate financing and banking operations. Benedek worked on significant transactions on mergers and acquisitions, corporate law and energy law. On energy law, he has an in-depth knowledge of the entire spectrum of legal and regulatory aspects of the industry, including commercial, financing and licensing matters. He was also involved in a high profile international litigation cases in energy law.

Benedek graduated from ELTE Faculty of Law in 1994 and was admitted to the Budapest Bar in 1997. In addition to his native Hungarian, he speaks fluent English.